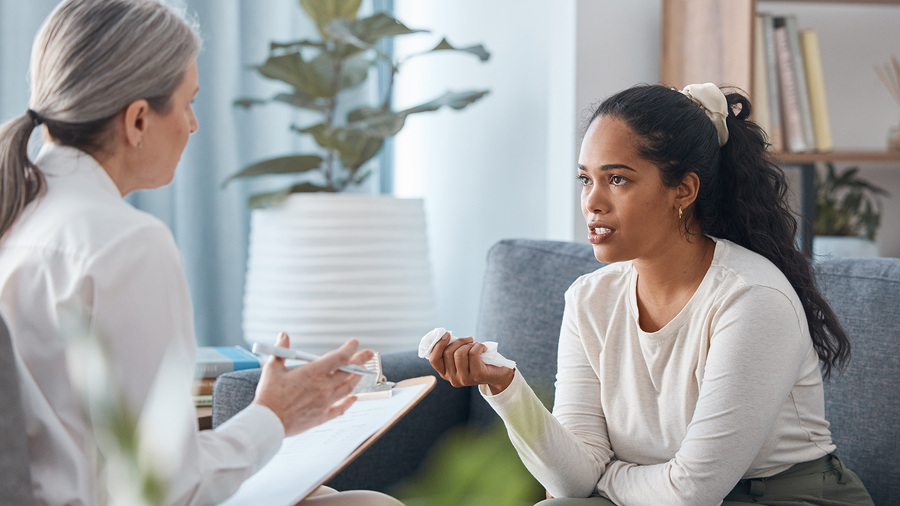 Transactional Analysis (TA) is a widely recognised form of modern psychology, consisting of a set of practical conceptual tools intended to promote personal growth and change. In counselling, Transactional Analysis therapy is very versatile, as it can be used in a wide range of areas and incorporates key themes from humanism, integration, the psychodynamic approach, and even psychoanalytic therapies.

Although it is commonly recognised as a short-term, solution-focused approach, Transactional Analysis can also be applied as an effective long-term solution, with in-depth treatment.

Eric Berne was born in 1910 in the City of Montreal (Canada). He obtained a degree in medicine and surgery in 1935. Later, he established his residence in the United States and in 1938 he graduated in Psychiatry from Yale University.

In 1961 he published "Transactional Analysis in Psychotherapy" explaining his model of the States of the Self, his theory of transactions and the relationship of both to explain how we are, how we think, how we feel and how we act, configuring our life script.

The key concepts of Transactional Analysis

1. The model of the States of the Self (PAC)

An Ego State can be defined as a "coherent system of thoughts and feelings, manifested by the corresponding behaviour patterns." (Berne cited in Oller 1988)

Berne differentiated three ego states that are psychological manifestations of our personality.

For example, when I automatically respond as my father would or have the same opinions without questioning them. As a man, I can suppress my feelings because I have never seen my father cry. In this sense, I reproduce a way of being and acting of my father.

The Adult Ego State: We say that we are in the Adult Ego State when I behave or act objectively, according to what is happening in the present and with the information and resources available to us. It is the most logical part of the person, the one that gathers information, focuses on the facts, evaluates pros and cons, etc.

The Child Self State: We say that we are in the Child Self State when I feel or behave as I did in the past when I was a small child. In this case, I am reproducing behavioural, relational and emotional patterns from childhood. For example, when an adult is afraid of speaking in public, they are responding from their Child Ego State because they could be reliving a situation from their childhood in which they were ridiculed at school for having to present the lesson in front of a child. their peers.

In our day-to-day life, we move from one Self State to another very easily depending on what happens to us, the interactions we have with other people, how we interpret it and how we feel about it. Somehow, it is as if inside us there were different "selves" or "characters" that unconsciously manifest themselves depending on the circumstances.

The objective and concrete situation that a person is experiencing is interpreted according to the beliefs they have about them based on the early decisions made in their early childhood. Berne speaks of the existential positions that are a consequence of these first decisions about us, others and the world. Decisions that Berne defines as "certain convictions that the young child has about himself and the people around him." These decisions, if they are not reviewed, remain in the unconscious and make the adult enter his Life Script.

The concept of the life script together with the model of the States of the Self is the basis of Transactional Analysis. Berne defines the script as “a program in progress. Developed in early childhood under parental influence, which directs the behaviour of the individual in the most important aspects of his life.”

We can define a transaction as an exchange of communication between two people. When two people relate, all 6 ego states can be involved in this relationship. Therefore, what happens during the interaction, we can represent it with lines that go from the I-State of the sending person to the I-State of the receiving person and the latter's response and so on. Therefore, there is a stimulus and a response between two people that we call a transaction.

Likewise, in any transaction apart from the States of the Self, we have to keep in mind verbal and non-verbal language, intentionality, etc. All this means that we can divide transactions into different types:

Complementary transactions: We give the answer from the same State of the Self to which the issuer has directed us, being an expected answer. For example, A says, “Hello! Nice to see you” and B replies, “Long time! I'm glad as well".

Crossed transactions: We give an unexpected response from a State of the Self different from the one that our interlocutor has sent us the message. For example, A says: “Do you know where I left my mobile?” “And what do I know! You're a mess, always losing things."

Subsequent transactions: In this type of transaction, more than one State of the Self is involved simultaneously and the person sends two different messages: the social message (the visible one) and the psychological message that is kept hidden and that is generally transmitted non-verbally. . Let's imagine that a saleswoman tells her client; "It's the latest fashion... Maybe it's too sophisticated for you", you are sending a message that when heard by the Adult may think: "You're right" but when heard by the Child it can cause the client to feel questioned and respond : “It's just what I like. I'll take it".

The therapy based on Transactional Analysis aims to enhance the Adult State of the person so that they become aware of their existential position and the psychological games they play to confirm their life script.

Transactional Analysis is based on the idea that everyone can think and can change, redeciding their life. Therefore, in therapy, a safe and protective space is offered, in which there is active listening and open communication between therapist and client to enhance the client's Adult State with the aim of achieving autonomy.

How is a transactional analysis consultation as psychotherapy?

It is not easy to find recognised practitioners of this type of treatment. Some psychoanalysts take courses in transactional analysis so that they can use it in their professional practice.

Before starting therapy, the patient must define the goals that she wants to achieve and commit to achieving them through an agreement with the therapist. These goals are intended to be specific, affordable and short-term, although the agreement can be agreed to meet general needs through prolonged treatment.

During therapy, the patient is helped to understand how the parent, adult, and child states of his personality interact and how they influence his interpersonal relationships so that he can establish more constructive transactions in the future. You are also taught to make a more positive life plan and cut out destructive games from your daily activity.

The sessions are generally carried out in groups and are organised so that each one achieves the proposed objectives. The therapist plays a more active role than in psychoanalysis and focuses on the behaviour of his patients and their ways of relating to others.

What does transactional analysis offer?

Resources for diagnosis, evaluation and intervention in any field: therapeutic, business, organisational, educational.

A good understanding of the structure and dynamics of the personality through its model of ego states.

A good analysis of social relations and a theory of communication thanks to the analysis of transactions.

A good understanding of the motivations of human behaviour through his recognition theory.

A deep analysis of the subjective interpretations and distortions that we make both of ourselves and external reality through the frame of reference, beliefs and existential positions.

A good understanding of the psychological, emotional, and relational resources we use to stay on script through psychological game theory.

For all these reasons, Transactional Analysis is not only applicable to both individual and group clinical practice, but it is also very effective in other areas of action such as:

Coaching to accompany the person in a process of change and personal growth, enhancing all their social, emotional, and communication skills.

Education: teacher training because the teacher spends many hours with his students and becomes a reference for them. A teacher trained in Transactional Analysis will be a leader for his students capable of accompanying them in their process of autonomy and personal training since he will know how to motivate them, give them the recognition they need, detect the psychological games that occur in the classroom and create an appropriate environment for learning and personal development.