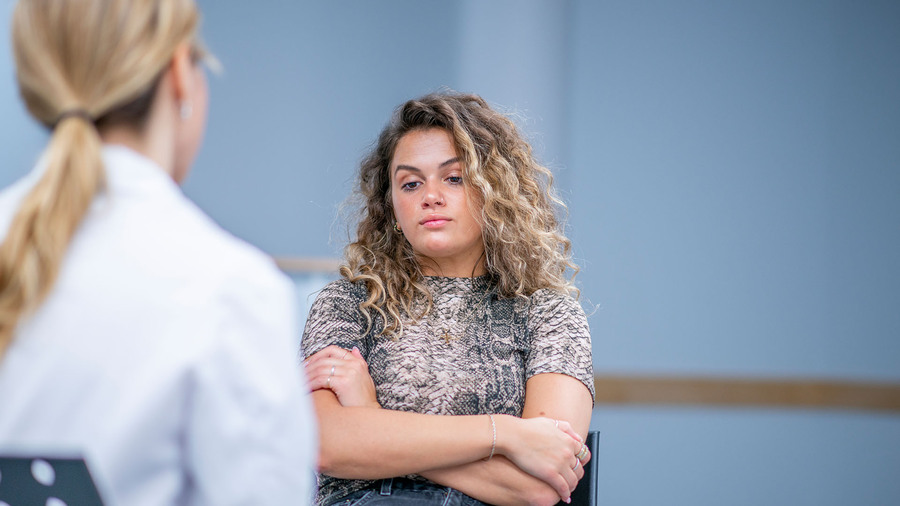 A borderline personality disorder is a serious mental condition characterised by high degrees of impulsivity and instability of self-image, affects, and interpersonal relationships. As it is a personality disorder, such a pattern of instability is pervasive, begins by early adulthood, and is present in a variety of contexts. This article covers the symptoms of borderline personality, its possible causes, and treatment.

According to different surveys, a borderline personality disorder is prevalent in approximately 1.6% of the general population and 20% inpatient psychiatric population (Chapman et al., 2022). And it not only causes distress to the individual but it significantly impairs the normal functioning affecting different areas of life.

For instance, the clinician’s announcement for the end of the session results in sudden despair. Their sudden reactions or changes in self-image, cognition, affect and behaviour may occur as a result of their perception that abandonment means they are bad. And to avoid abandonment they may engage in self-harm or suicidal behaviours. Around 8-10% of people with a borderline personality disorder may die by suicide.

Another characteristic of this personality disorder is that people with BDP experience and express intense emotional reactions that take a good time to return to baseline emotional state. The duration, intensity, and sensitivity with which people with borderline personality disorder feel emotions lead to both positive and negative effects. To give an instance, instead of sadness, they may experience intense grief, or instead of mild embarrassment, they may experience humiliation and shame. In terms of positive effects, such people are often loving, joyful, idealistic, and enthusiastic exceptionally.

Likewise, instability in interpersonal relationships also includes idealisation and devaluation of others, sometimes having great positive regard and at other times, great disappointment in people. Though they may desire intimacy, often view the world as malevolent and dangerous. And in times of extreme stress, people with BPD may experience dissociative symptoms and transient paranoid ideation. As these symptoms are transient lasting minutes or hours and remission occurs as a result of real or perceived nurturance from the caregiver, these episodes don’t qualify for an additional diagnosis.

People with borderline personality disorder don’t only exhibit instability in interpersonal relationships but also experience dramatic shifts in their own identity. Due to an unstable sense of self, they exhibit rapid shifts in their friends, aspirations, goals, and even sexual orientation.

Different theories have a different explanations for the development of borderline personality disorder. It is considered that lack of acceptance by parents in early childhood may result in loss of self-esteem, increased dependence, and the inability to cope with separation (Caligor, 2010; Sherry & Whilde, 2008). Moreover, the childhood of people with BPD is often associated with stress, traumas, and physical or sexual abuse which is considered a common contributor to borderline personality disorder.

Research has also linked the occurrence of BDP to biological abnormalities such as an overactive amygdala, and underactive prefrontal cortex. Another view is that borderline personality disorder develops from a combination of internal and external forces. Internal forces may include social skill deficits, difficulty in identifying and controlling emotions, or abnormal neurotransmitter function. External factors refer to the environment in which a child’s emotions are ignored, disregarded, or punished.

Due to these factors, children may never learn to identify and control emotional arousal and tolerate emotional distress (Gratz & Tull, 2011). The presence of such factors increases the risk for the development of BDP.

A combination of psychotropic drugs and psychotherapy as the treatment plan has been found effective for people with a borderline personality disorder. Medications may include antidepressants, antianxiety, antibipolar, and antipsychotic drugs that are found to help with aggression and emotional turmoil.

Psychotherapy has been the effective form of treatment for people with BPD (Leichsenring et al., 2011). It brings improvement to some extent, however, considering the emotionally draining demands of such people make it difficult to deal with them. The therapist encounters difficulty in striking a balance between challenging the thinking of people with borderline personality disorder and empathising with their anger and dependency. Traditional psychoanalysis is not effective for people with BPD as its approaches are considered as suggesting abandonment and disinterest. On the other hand, contemporary approaches with more egalitarian and supportive approaches have been more effective.

Over the past few decades, an integrative approach called Dialectical Behaviour Therapy (DBT) has been widely utilised for the treatment of borderline personality disorder (Kliem et al., 2010; Linehan et al., 2006, 2002, 2001). It is derived from a cognitive-behavioural model utilising the same cognitive and behavioural techniques such as psycho-education, homework assignments, clear goal setting, teaching social and other skills, therapist modelling, ongoing assessment of behaviour and treatment progress, reinforcement for appropriate behaviours, and a collaborative approach (Rizvi et al., 2011; Sherry & Whilde, 2008).

In addition to CBT, DBT also entails humanistic and contemporary psychodynamic approaches. In terms of these, the client-therapist relationship is the centre of treatment interaction. The therapist makes sure to maintain boundaries and provide acceptance and validation for emotional distress the client experiences. Social skill-building groups, in tandem with DBT help individuals, practice new ways of relating to people, in a safe and supportive environment.